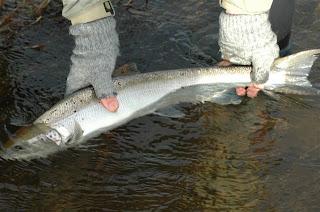 press. There are plenty of Kelts (as shown here) splashing about on beats upstream with several beginning to drop down to the lower river, although still in small numbers at this time compared with previous seasons, but this could be due to the low temperatures once again. 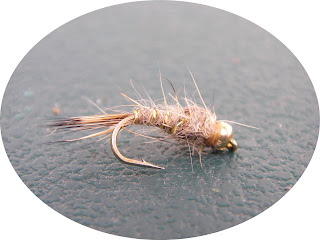 uncommon at this time of year, I have also heard reports of a few fish being caught in the upper reaches which again is not that surprising as in my oppinion the Grayling have a tendancy to occupy the upper beats more at this time.

That said, I am involved with a not for profit company known as Borderlines and Chris Bowman and I were running a youth day on the river Eden at Warwick Hall last week (bait fishing) where the 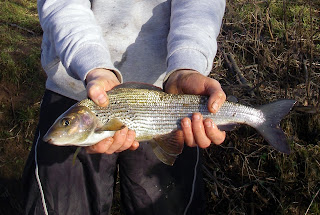 youngsters managed to land and return around 40 Grayling during the 4 hour session, not including the ones that got away, so they are there in numbers. If you are going to get them on the fly make sure your flies are heavy enough to get down to the river bed which is where the Grayling are most certainly hugging in these cold conditions.
I for one am certainly looking forward to warmer temperatures as it was pretty cold in the river Salmon fishing at the weekend with the warmest part of the day only making 4 degrees which was just on par with the water temperature.
Posted by Clive Mitchelhill at 23.2.10